We interrupt your regularly scheduled #WriteMotivation update because X-MEN TRAILER!!

Days of Future Past was one of the first X-men stories I ever read, one of these children’s novelizations that were published back in the early ’90s. It was a heartbreaking story, and I hated reading about how many of my favorite characters had died in the future. Even so, it was a good story, and I’ve been really, really excited for this movie ever since I found out they were adapting Days of Future Past.

The trailer scenes between Magneto and Professor X in the future are just killing me. I’ve always enjoyed their dynamic in the movies, and it’s so nice to see something that looks good with Patrick Stewart and Ian McKellen after the awfulness that was X-men: The Last Stand.

Anyway, on to the update! 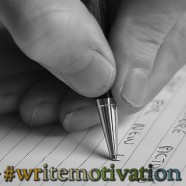 Header image and thumbnail photograph by Hugh Lee and licensed under CC BY-SA 2.0.

Stretch goal: Finish it.
Woot! Managed to hit 10k yesterday. Apparently I need to write more fight scenes and characters snarking at each other; they’re great for the word count.

On the upside, I also figured out what happens with the last major plot thread I hadn’t quite ironed out. On the downside, that pretty much requires me to add an extra 3,000 words to the story, which means there ain’t no way this is getting finished in March. OH WELL. We’ll see how far I can get before next week.

– Write all Ferret A-Z posts.
One’s scheduled, a second is mostly written, and two more are outlined. I need to pick it up on this goal.

ONE WEEK LEFT IN MARCH, PEOPLE. LET’S DO THIS THING.

So apparently March is “the month of trailers releasing,” which is completely fine by me. More stuff to look forward to!

Once again on the list of “stuff from Michelle’s childhood that is suddenly making a comeback, how excellent is that,” we have The Giver, based on the book by Lois Lowry, which I vividly remember as being one of the first books I’d ever read with an ambiguous ending.

The trailer is kind of creepy, Meryl Streep is kind of terrifying, and Jeff Bridges looks pretty much exactly the way I expected the Giver to. I’m not sure how well this will match up with the book (the fact that it’s in color alone is enough to tell me they’ve changed some things), but as long as they stick to the tone of the book, this should be pretty good.

And there’s also a final official (official final?) trailer for The Amazing Spider-Man 2. I am beyond stoked for this movie (I am a Marvel fangirl; I freely acknowledge this), especially considering how awesome the last one was.

Still, with all the trailers and previews they’ve released, I feel like I’ve seen about half the movie. OH WELL.

Yeah. This is gonna be great. 🙂

Holy cow, the past few weeks have been great for movie trailers.

First up, there’s a new Captain America clip, in which Black Widow is better at multitasking than I will ever be.

Seriously, I am so stoked for this, you have no idea. I’ve enjoyed the hell out of all the Marvel movies, and The Winter Soldier looks like it’ll live up to its predecessors. April 4 can’t get here fast enough.

Next up is the trailer for Annie. The 1982 movie was one of my favorites when I was a kid, so I am all KINDS of excited that they’re doing a modern remake. (I didn’t even realize it was happening until the trailer came out, which, you know. Bad film nerd, no cookie!) The trailer makes me bounce with glee, so here’s hoping the movie itself lives up to it:

Sadly, we’ve got a bit of a wait, as Annie doesn’t come out until December 19.

Finally, last night the trailer for The Maze Runner finally debuted. I’ve heard very good things about the books (though I haven’t read them), and the trailer’s pretty tense:

Yes, I’m a little excited. The Maze Runner comes out on September 19.

See anything you guys like? Any movies on your radar for this year?

If you saw my intro post over at the RRFS blog, or if you’ve been over here for any length of time, you’ve seen that I’m just a minor fan of The Lord of the Rings and The Hobbit.

Okay, so maybe not so minor.

Regardless, WE GOT THE OFFICIAL TRAILER FOR THE NEW HOBBIT MOVIE!

You probably saw me freaking out about this online, but here it is in all its glory:

The Hobbit: The Desolation of Smaug

I just…yes. Everything. All of it. I can’t wait.

First off, a couple of links if you’re interested in donating to help those affected by the tornadoes this past week:

Rebekah has a pretty comprehensive post with links, places to donate, and donation information, particularly if you live in Oklahoma.

And Becca is doing a query/first page workshop to benefit those hit by the storm. Basically, all you have to do is donate and then forward your receipt to her, and you get to have either your query or your first 250 words critiqued. Excellent, yes?

ON TO THE MOVIE TRAILERS.

So within the past week, we’ve had a couple of awesome new trailers hit for a couple of the movies coming out this summer: Pacific Rim last Thursday, and the newest trailer for Man of Steel yesterday.

I am stoked, you guys. STOKED.

Check them out below!

The next two months are gonna be great.

What summer movies are you looking forward to?