I’m a little late on this for this year (mostly because I was either sick or traveling during the days when I would normally have been doing this list), but I think I’ve got a good handle on the goals I want to accomplish for 2014. 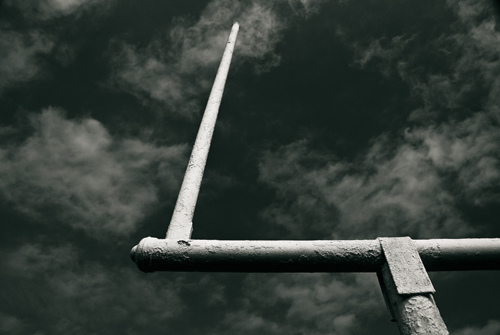 This pun is still my favorite.

Last year really felt like I spent a lot of time writing, finishing up first drafts. This year, I think, I’m going to focus more on editing and getting a couple of manuscripts to the point where I’m ready to query them.

I also built up some pretty good habits (particularly with my physical health), so some of my goals this year are to maintain those habits and maybe add some new ones to the mix.

Physical
Continue to work out at least four times a week for at least 30 minutes apiece.
Continue to drink at least six glasses of water per day.
Track my eating at least 5 out of 7 days per week between January and March.
Clean out my closet/dresser at least twice this year and give away everything I haven’t worn in over a year.

Writing
Finish draft 2 of MG.
Finish draft 5 of TSB.
Finish the first draft of my 2013 NaNo novel.
Write queries for both TSB and MG before the end of February.
Make a list of at least 10 agents and start querying MG or TSB.
Participate in #WriteMotivation every month this year, with a focus on projects I will be querying.
Attend the OWFI conference this year.

Those last two goals come from a post on Chuck Wendig’s blog about diversifying your bookshelves. I’m actually pretty balanced on male/female writers, but I have no idea where I rank with authors who aren’t straight or white. So I really want to try and branch out more in that regard.

So if you all have any recommendations for authors and/or books that fall into the category of not straight/not white (or both!), let me know!

What about you guys? Any big goals this year? Any books you’re excited about reading?