I realize it’s been awhile since I’ve been here, but I have a post up on the RRFS blog that talks a little bit about refilling the creative well and just what happened in 2017 that knocked me for a loop: 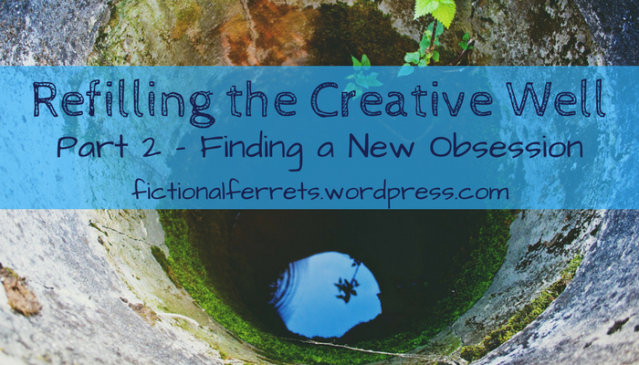 Like most of the other Ferrets, 2017 was a hell of a year for me. 2016 ended in true end-of-season sweeps week cliffhanger fashion, with my roommate (Ferret Jessica) getting pregnant and she, her husband, and I standing around the pregnancy tests she’d taken going “…well damn.”

It’s so rare these days to come across a TV show that ends when it should’ve. So often, shows will continue as long as they’re making money, and more often than not that means we get a season or two (or more) near the end that most fans just prefer to ignore. Just as often, we’ll get a show cancelled before its time, ending on a cliffhanger that will never be resolved, leaving fans frustrated and bitter.

Leverage is one of those preciously rare shows that falls into neither trap. It’s five seasons long, five glorious seasons, and while the end may leave you wanting more, it’s still an extremely satisfying ending that is well worth the watch.

END_OF_DOCUMENT_TOKEN_TO_BE_REPLACED 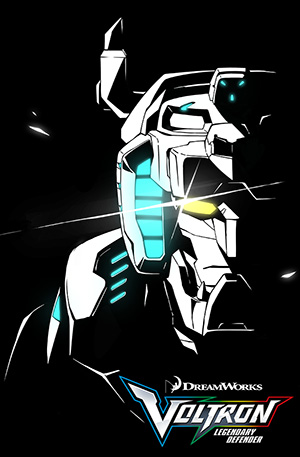 I never really watched the original ’80s Voltron, being as that it first aired the year I was born. So I didn’t even realize that Netflix was doing a reboot until my roommate—who did watch the original cartoon—told me about it and said, “Hey, I think you’d really like this.”

Being as that I love both science fiction and giant robots, I was more than happy to give it a watch.

Spoiler alert: Roommate was right. I ended up absolutely adoring the show.

END_OF_DOCUMENT_TOKEN_TO_BE_REPLACED

I’ve got a post on the RRFS blog today for the series we’re doing, talking about classic books we love. Come on over to see me flail about Pride and Prejudice! 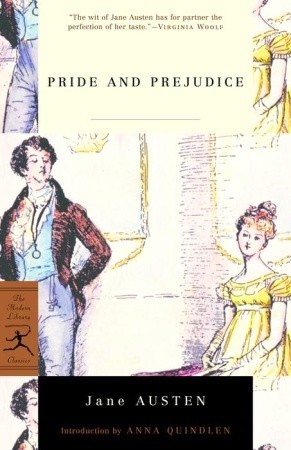 I read Pride and Prejudice for the first time because of the 2005 movie. It was one of the classics I’d missed during high school, and I’d never bothered to pick it up because I figured it would be similar to Wuthering Heights (which, by all accounts, sounded like something that would drive me crazy to try and read) or Rebecca (which was good, but depressing).

However, I watched the movie because it had been nominated for an Oscar and I was trying to watch all the Oscar-nominated movies before the awards were given out. And I was stunned by how much I loved it. The next time I was at the used bookstore, I found a copy of Pride and Prejudice, and I immediately picked it up.

And I’m glad I did, because it made Jane Austen one of my favorite writers.

This is an entry for Chuck Wendig’s weekly flash fiction challenge. The story was inspired by this picture. Word count: 999

Lyra stumbled through the swamp as fast as she could. Cold, gritty mud sucked at her feet with each step. Fog swirled around her, thick and impenetrable as soup, cutting off what little light came from the moon. Only memory kept her on the path; she could see no further than a few steps ahead.

Adam’s voice was closer now. She’d prayed he wouldn’t follow her into the swamp, that he’d be too superstitious to venture onto the paths she knew by heart. But that was too much to hope, apparently.

And, of course, the Fog Witch.

Lyra lost her balance, landing in icy water up to her knees. It soaked her dress, plastering the fabric to her skin. She must have been deeper into the swamp than she’d thought. She’d have to tread carefully now, and she had no light, no coat, no food whatsoever.

Adam sounded gleeful, or perhaps hysterical. Lyra couldn’t quite make out his tone.

She crept quietly through the water, shivering all the while.

“The Fog Witch will find you, Lyra. You’re all alone out here.”

Her fingers brushed bark, and Lyra quickly felt over the tree until her hands wrapped around a branch. It wasn’t much, but hiding may well be her best bet now. Hiding and praying.

It took three tries, but she finally pulled herself up onto the branch, and then onto the next one above it. The sharp wind chilled her, and an owl hooted mournfully somewhere high above. Lyra settled against the tree trunk, pulling her knees to her chest.

Oh, yes. Here came the wheedling. Lyra rested her head against her knees and shivered. She would not go back, not to a man who thought he owned her, who thought he could strike her without consequence because he called her “wife.”

She would rather take her chances with the Fog Witch.

“Lyra!” Adam shouted again, and then he screamed.

It cut off abruptly.

Lyra raised her head from her knees, waited for one minute, two minutes, three.

Adam did not call for her again.

The fog swirled around her, growing thicker, moved by a gust of wind Lyra couldn’t feel. She pressed her face into the sodden fabric covering her knees, trembling from both cold and fear. Some said the Fog Witch was not the only one in the swamp, and the fog hid far worse creatures. Lyra did not know the truth, but she had a feeling she would learn.

When she opened her eyes, she was sitting on a cot.

Lyra blinked in surprise. She was in a cottage, with drying herbs draped from the ceiling and a fire crackling in the hearth. A woman sat beside the fire, weaving. Her black hair was piled high on her head, wrapped in braids and loops, and the yellow-orange light of the fire shone on her dark skin.

The woman looked up from her weaving and smiled. “Hello, Lyra.”

Lyra drew her knees to her chest once more, as if that might offer her some protection. “How do you know my name?”

The woman nodded toward a shelf. “You have brought me many gifts.”

Lyra peered at the shelf. There was an old, well-loved handmade doll, three braided ribbons, a handful of pretty rocks, and several dried flowers.

The woman inclined her head. “Indeed I am.”

Lyra hugged her knees harder. “I knew you weren’t a myth.”

“I am for some.” The Witch’s eyes gleamed. “But you will notice, they do not venture into the fog.”

“What did you do to Adam?” Lyra asked, both fearing and needing the answer.

The Witch shrugged. “I? Nothing.”

“I am not the only danger within the fog, my dear, a fact your erstwhile husband ought to have remembered from the stories at his grandmother’s knee.”

Lyra shuddered at the thought. “Then what about me? I had nothing, I–”

The Witch set down her shuttle and stared at her with dark, piercing eyes. “And you needed nothing. You have shown nothing but respect and kindness all my days here. You never feared me, and never needed to. Did you really believe I would leave you alone?”

Tears pressed against her eyes, and Lyra closed them. After her grandmother had died, after her mother had died, when her father had drunkenly promised her to Adam to settle his debts…

“I needed you before,” she whispered, her throat tight. “Why didn’t you come before?”

The bed dipped with extra weight, and Lyra raised her head to see the Witch there, dark eyes full of sorrow. “My power keeps me bound,” she said softly. “Otherwise, I would have come to you in a heartbeat.”

Lyra dashed her tears away. “You can’t leave the swamp?”

The Witch shook her head. “I must remain here.”

“Now?” The Witch spread her hands. “Now, you may do as you will. I will take you wherever you wish at first light.”

Lyra fisted her hands in the fabric of her dress, still soaked from her stumble through the swamp. “And what if I wished to stay here?”

The Witch’s eyes widened, and she folded her hands in her lap. “You…you could do that, if you wished.”

Lyra thought about her village, with no family but her drunk father, with people who would blame her for what happened to Adam. She thought about the swamp, and the fog, and the fear everyone else had held that she had never been able to manage.

“What is your will?” the Witch asked. 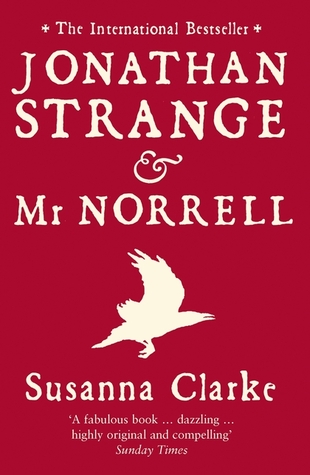 It might have taken me seven months (March-September 2016), but I finally finished one of the longest books I’ve ever read. The paperback version was more than 1000 pages, a veritable brick of a book to take with me when I went out. I read it in bits and pieces, 5 pages here, 10 pages there. During a road trip in May I got through a whopping 40% of it.

Honestly, by the time I was about halfway through, finishing was as much a point of pride as it was to see how the story would wrap up.

I am speaking, of course, of Jonathan Strange and Mr. Norrell.